Home » Definitions » How to Become Part of Israel

How to Become Part of Israel 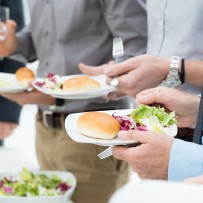 In the book of Acts, we see Gentile believers confessing faith in Jesus for salvation. Cornelius was the first. Peter explained to him the way of salvation and finished his explanation by saying, “To him give all the prophets witness, that through his name whosoever believeth in him shall receive remission of sins” (Acts 10:43).

44 While Peter yet spake these words, the Holy Ghost fell on all them which heard the word.

45 And they of the circumcision which believed were astonished, as many as came with Peter, because that on the Gentiles also was poured out the gift of the Holy Ghost.

46 For they heard them speak with tongues, and magnify God. Then answered Peter,

47 Can any man forbid water, that these should not be baptized, which have received the Holy Ghost as well as we?

48 And he commanded them to be baptized in the name of the Lord. Then prayed they him to tarry certain days. (Acts 10:44-48)

In his letter to the Galatians, Paul verifies that the evidence of the Spirit’s work among the Gentiles was proof that they truly believed in Jesus the Messiah.

He therefore that ministereth to you the Spirit, and worketh miracles among you, doeth he it by the works of the law, or by the hearing of faith? (Galatians 3:5)

However, some of the Jewish believers felt that the Gentiles needed to show more proof of their genuine conversion.

And certain men which came down from Judaea taught the brethren, and said, Except ye be circumcised after the manner of Moses, ye cannot be saved (Acts 15:1)

It probably started with the matter of eating together. Jews were careful to observe the dietary laws given by God in Leviticus 11, so they would have been very cautious about eating with someone who might bring unclean food to the meal. By the first century, oral traditions had been added as fences to God’s commands, resulting in even more reasons why observant Jews would not be allowed to eat a meal with a Gentile. In fact, as Acts 15:1 shows, some of the Jewish believers were teaching that Gentile believers had to be circumcised according to the “manner” of Moses, a reference to the oral traditions, not to God’s commands.

In Acts 15, the apostles and elders determined that the way Gentile believers could join in fellowship with other Israelites was the same way God had provided for the Egyptians to join with Israel in worship of God.

As we’ve seen, the following rules applied to Israelites and non-Israelites alike:

The apostles determined the following:

But that we write unto them, that they abstain from pollutions of idols, and from fornication, and from things strangled, and from blood (Acts 15:20).

Do you see that these were the same instructions given in Leviticus?

Ye shall have one manner of law, as well for the stranger, as for one of your own country: for I am YHVH your God.

Christianity has always taught that Christians are not obligated to keep the laws given by God through Moses to the nation of Israel. Notice, however, what the apostles said in Acts 15:21.

For Moses of old time hath in every city them that preach him, being read in the synagogues every sabbath day.

It seems obvious that the apostles expected:

It is very clear that salvation was not given because of observance of God’s laws.

And certain men which came down from Judaea taught the brethren, and said, Except ye be circumcised after the manner of Moses, ye cannot be saved (Acts 15:1).

In order to fellowship with other members of Israel, who met in the synagogues each Sabbath, the Gentiles only had to begin with four basic requirements.

However, it was expected that the new Gentile believers would continue meeting on the Sabbath and would continue to hear the reading of the law and be taught what it meant.

You will see that this agrees with the commission Jesus gave to his disciples:

18 And Jesus came and spake unto them, saying, All power is given unto me in heaven and in earth.

19 Go ye therefore, and teach all nations, baptizing them in the name of the Father, and of the Son, and of the Holy Ghost:

20 Teaching them to observe all things whatsoever I have commanded you: and, lo, I am with you always, even unto the end of the world. Amen. (Matthew 28:18-20)