Home » Definitions » Who Are the People of God?

Who Are the People of God? 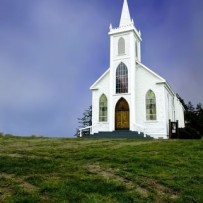 Our English word “church” is used for the concept that people from every tribe and nation (ie. Gentiles) have been “called out” of darkness by faith in Jesus Christ and “made fellow citizens with God’s people” (Israel). In the New Testament, the Greek word ecclesia is commonly translated “church.” Ecclesia means “called-out ones.”

Although salvation was originally offered to Abraham’s seed, God extended that invitation to all who would believe. During the book of Acts, we see that God’s call was specifically extended to the Gentile nations.

7 And when there had been much disputing, Peter rose up, and said unto them, Men and brethren, ye know how that a good while ago God made choice among us, that the Gentiles by my mouth should hear the word of the gospel, and believe.

8 And God, which knoweth the hearts, bare them witness, giving them the Holy Ghost, even as he did unto us;

9 And put no difference between us and them, purifying their hearts by faith. (Acts 15:7-9)

13 And after they had held their peace, James answered, saying, Men and brethren, hearken unto me:

14 Simeon hath declared how God at the first did visit the Gentiles, to take out of them a people for his name.

15 And to this agree the words of the prophets; as it is written,

17 That the residue of men might seek after the Lord, and all the Gentiles, upon whom my name is called, saith the Lord, who doeth all these things.

Contrary to what dispensationalism teaches, the Bible makes it clear that Israel and the church are not two distinct peoples.

Nor has the church replaced Israel is God’s plan, as covenant theology teaches. Israel as a people have not been set aside by God.

Rather, the called-out ones from the Gentile nations have been offered the gospel through Jesus and have been grafted into His people, Israel.

If this were the case, the Bible’s description of only one people of God would still apply.

In addition, the literal promises to Israel of a land and future King would still apply.

If Israel’s commands apply to us today, we need to make some lifestyle changes. This is why it is essential that we determine if God has one people or two.