Home » Definitions » What Is the Torah?

What Is the Torah? 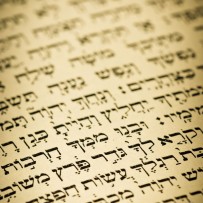 People define the word Torah differently. You could have three or four people in a room, and they might all say Torah or the Law of God, and yet they might all mean entirely different things.

The Simplest Definition of Torah

The word Torah (תּוֹרָה) comes from the root word yarah meaning “to shoot an arrow” or “to hit the mark.” Properly used, the word means “teaching” or “instruction.”1http://www.hebrew4christians.com/Scripture/Torah/torah.html

Almost universally, Torah refers to the law [teaching] of Moses, written down in the Bible’s books of Genesis, Exodus, Leviticus, Numbers, and Deuteronomy. It is sometimes called the “Pentateuch,” which is a Greek word meaning “five” (penta) and “scrolls” (teuchos).

The Torah is the Foundation of Scripture

15 And that from a child thou hast known the holy scriptures, which are able to make thee wise unto salvation through faith which is in Christ Jesus.

16 All scripture is given by inspiration of God, and is profitable for doctrine, for reproof, for correction, for instruction in righteousness:

In our modern mindset, we might be quick to say, “The Bible is God’s training manual,” but not so fast! This letter to Timothy was written in approximately 67 A.D.2http://biblehub.com/summary/2_timothy/1.htm The New Testament is a collection of writings, which started to be bundled into sets and circulated to churches by at least the second century but wasn’t formally made into what it is today until the middle of the third century at the earliest.3http://en.wikipedia.org/wiki/Development_of_the_New_Testament_canon

In other words, when young Timothy received the letter from his mentor Paul, he didn’t have the entire Bible to read. He only had the “Scriptures.”

In the first century, the Apostles, who were all Jews, taught their disciples from the Hebrew Scriptures, which we refer to as the “Old Testament.” In Hebrew, the word for the scriptures is Tenakh, which is an acronym:

Placing the word “old” in our title of “Old Testament” is a bit deceptive because, while it is certainly old, it seems to imply that it is obsolete and only useful for general principles or good stories, while the New Testament should be our primary instruction manual and the standard for interpreting the Old.

However, the authors of the New Testament didn’t say this. Rather, they said that our instruction manual was “Scripture,” and by Scripture, they meant the Old Testament because it was all that was in existence at that time.

The Torah Is Our Instruction

Well, if we move back in time just a little bit to the time of Jesus, whose Hebrew name was Yeshua, and to when the first congregations were being established, we see that the method of training was to read from the Tenakh, especially from the Torah.

“For Moses of old time hath in every city them that preach him, being read in the synagogues every sabbath day” (Acts 15:21). 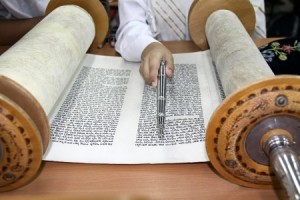 The normal practice was to read a portion from the Torah each week, as well as a portion from the Prophets. They didn’t have individual copies of the Scriptures. Instead, each congregation, if it were rich enough, had its own scrolls. These were heavy books that were stored in the synagogue and carefully brought out and read from to all who had gathered. It was an honor to be called upon to do the week’s reading, and visiting Levites and teachers (often called “prophets”) were usually the first to be invited to read publicly and then share a short teaching on that week’s parsha, or portion.

And Jesus returned in the power of the Spirit into Galilee: and there went out a fame of him through all the region round about. And he taught in their synagogues, being glorified of all.

And he came to Nazareth, where he had been brought up: and, as his custom was, he went into the synagogue on the sabbath day, and stood up for to read. And there was delivered unto him the book of the prophet Esaias. And when he had opened the book, he found the place where it was written,

The Spirit of YHVH is upon me, because he hath anointed me to preach the gospel to the poor; he hath sent me to heal the brokenhearted, to preach deliverance to the captives, and recovering of sight to the blind, to set at liberty them that are bruised, To preach the acceptable year of YHVH [reading from Isaiah 61:1-2 in the Septuagint, plus Isaiah 58:6].

And he closed the book, and he gave it again to the minister, and sat down. And the eyes of all them that were in the synagogue were fastened on him. And he began to say unto them, This day is this scripture fulfilled in your ears (Luke 4:14-21).

When Paul was first beginning to teach about Yeshua the Messiah, he used the same method.

Now when they had passed through Amphipolis and Apollonia, they came to Thessalonica, where was a synagogue of the Jews:

2 And Paul, as his manner was, went in unto them, and three sabbath days reasoned with them out of the scriptures,

3 Opening and alleging, that Christ must needs have suffered, and risen again from the dead; and that this Jesus, whom I preach unto you, is Christ (Acts 17:1-3).

In fact, in the city of Berea, the new believers were commended because they spent so much time in the synagogue, carefully studying their scrolls to be sure Paul wasn’t a false teacher.

10 And the brethren immediately sent away Paul and Silas by night unto Berea: who coming thither went into the synagogue of the Jews.

11 These were more noble than those in Thessalonica, in that they received the word with all readiness of mind, and searched the scriptures daily, whether those things were so.

Because copies of the Scriptures were so precious, Jewish boys were taught the Torah, Prophets, and Writings from a young age, usually memorizing vast portions of it.

Historical sources tell us that during that time period, parents taught their children the Torah from birth, beginning on the eighth day when the sons were circumcised and understood to be brought into covenant with the God of Israel. The earliest training emphasized showing honor and respect to a child’s mother and father, in preparation for the respect that he was to show to God.

By age two, a child was taught to recite short prayers throughout the day, especially singing the blessings after meals. By age three, a young boy began to wear tzitzit so that he would remember to obey the commands. By age five, he could recite the Shema and began to learn the aleph bet.

Through the next five to seven years, the children of first-century Israel learned vast amounts of the Torah, if not all of it, completely by heart. Since they did not possess written copies of the Scriptures themselves, memorization of the Torah was held to be the most important occupation of a child. School children chanted Scripture seven days per week, although they would only review previously learned passages on the Shabbat. Although girls usually did not attend formal school, their fathers did their best to teach them informally at home, as women needed to have a strong familiarity with the Torah so that mothers could teach it to their own young children someday.

A popular method of memorization was to walk in a rhythmic step outside, possibly beating a walking stick on the ground in time, while chanting Scripture. To memorize “by heart,” or al peh, literally meant to memorize “by mouth,” and school children were encouraged to loudly chant Scripture throughout the day, as it was believed that whispering might cause one to forget what he had learned.

After a boy reached adolescence, he often began to learn a trade from his father, but he was encouraged to midrash at the synagogue as much as possible during his free time. Young men were encouraged to learn the sayings of their rabbi by heart and could often string long passages from the Tenach together and could explain them using their rabbi’s interpretations.5http://daughtersofisrael.net/homeschooling/from-childhood-you-have-known-the-holy-scriptures/

The Psalmist of Israel says that those who are educated from the Torah are very blessed indeed.

11 YHVH knoweth the thoughts of man, that they are vanity.

12 Blessed is the man whom thou chastenest, O YHVH, and teachest him out of thy law;

13 That thou mayest give him rest from the days of adversity, until the pit be digged for the wicked (Psalm 94:10-13).

The longest Psalm in the entire Bible was written by King David as an acronym on the letters of the Hebrew aleph bet, possibly to teach wisdom to his own son, Solomon. Here is just a sample, although I highly recommend reading the entire Psalm.

7 I will praise thee with uprightness of heart, when I shall have learned thy righteous judgments (Psalm 119:7).

9 Wherewithal shall a young man cleanse his way? by taking heed thereto according to thy word.

10 With my whole heart have I sought thee: O let me not wander from thy commandments.

11 Thy word have I hid in mine heart, that I might not sin against thee.

12 Blessed art thou, O YHVH: teach me thy statutes.

13 With my lips have I declared all the judgments of thy mouth.

14 I have rejoiced in the way of thy testimonies, as much as in all riches.

15 I will meditate in thy precepts, and have respect unto thy ways.

Contents of This Page